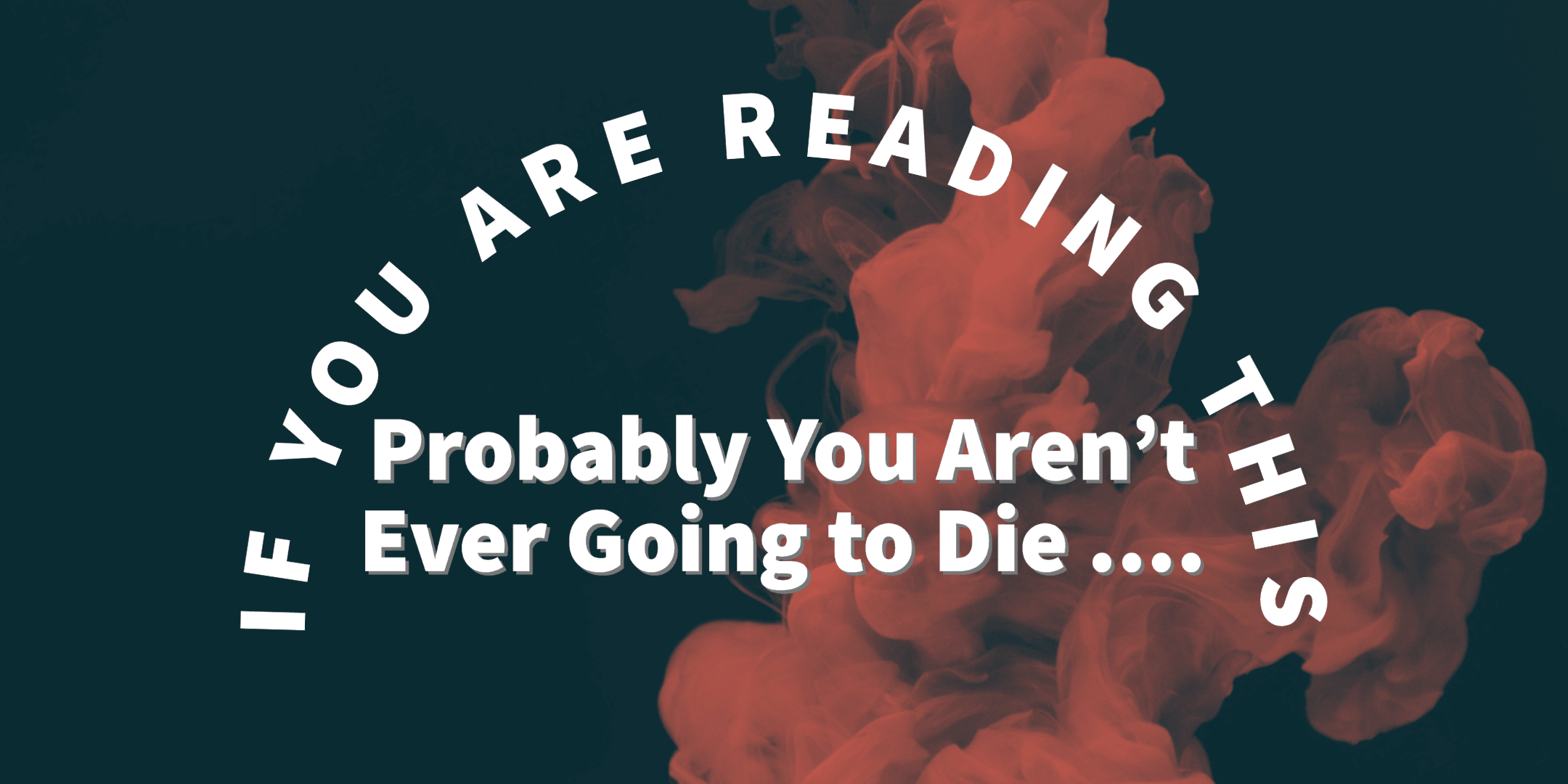 Hear me out, this might sound too corny as a headline but it is a thought to ponder on.

If you are reading this the probability that you are spending most of your life online is pretty high and the amount of time you spend actually interacting with algorithms and machines is basically more than human interaction.

Electronics being intermediary between any two humans has risen the amount of Input/Output our Brains have ever generated in History of Humanity, compiled with the fact that most of the digital footprint that we create is stored somewhere in a corporate server, We have created a Digital Model of us which knows about each of our biases, idiosyncrasies and nuances that come naturally from us and is basically a Fingerprint of our Identity.

If you have no clue what I am trying to talk about, watch Social Delima on Netflix which talks about the invasion of privacy by Tech Giants even though it is very cheesy in it’s representation but the idea is very true.

Recently, EU according to GDPR laws have made it mandatory for tech companies where they have to make an option to make a digital takeout for their User’s Data. Google has it too at takeout.google.com. I ordered my takeout which took 3-4 days but eventually when it was there for my most used email the Size of it was 100 GB. Also these companies keep multiple backups if the data it has collected it isn’t going to vanish from the face of earth anytime soon.

If the Trend Continues at around this rate with all my services and emails, I believe I would have generated somewhere around 550~600GB of data in total and if it would had to include the amount of Photos and Videos it would account to total 1000GB. At an average of 100GB per year considering the fact that I started generating this around when I got on Internet in 2010.

Now imagine this, If an average healthy human has lived 70 years where it generates 1TB of data every decade also adding a 14% increase of footprint generated, It would amount to nearly 7.9TB unique Data generated in entire lifetime.⌗

There would exist nearly 8TB of Data that defines everything you ever did, food you ordered, things you bought, web searches you made, online time spent with people and games you loved playing, videos & photos you clicked also with advent of neuralink it would only multiply multiple folds.

I mean what else produces such detailed records, purposefully or not we record, save, collect, organize and preserve events like nothing else in the universe. I’ve said before; that if humans were to go extinct, the sun would still shine, the universe would keep expanding, jupiter would continue being gassy but the universe would lose its best auto biographer - Michael from Vsauce , Link: https://youtu.be/zHL9GP_B30E?t=1622

Same ways the best literature about the people, who are now dead; that we hold on to esteem levels because of their written histories, those too never had such a precise and accurate representation of themselves ever generated.

Though the above statement sounds similar to the fact that Newton never got to know about Quantum Mechanics or the Space Time Understanding of Gravity that we adhere to 😂.

Why you won’t die ever die.⌗

Now coming back to the point that made you click on this why you won’t ever die ?. Well in the current form yes the ability of consciousness to retain in this biological unit you are reading is definite and humans don’t survive generally for more than 100 years.

Even if we built a computer nervous system interface that keeps your nervous system alive in some suspended fluid attached with a robotic body for very long time would logically extended your consciousness and make your ability to live say 150~200 years more than current then what ?

Now considering the fact that we have created a digital footprint of us we can train a complete artificial neural net through various artificial learning mechanism to mimic how we interact with digital machines and in turn create replicas of us. With Advent of Neuralink it is possible we will be able to measure weights and biases for each Neuron in Brain.

They won’t be exact copies but a replica, that future generations would interact with in libraries of these digital models. Where the posterity would be thinking they are communicating with their ancestors at different moments in thier life.

Where these models of us would be possible to directly uploaded final models to any robotics systems to give it a Nuances, Rationale, Thinking of a certain being.

This would also give rise to an army of Digital AI-Psychologists that would essentially Disco Jockey various parts of different thought process of virtual people and create even better versions of them. For Example taking Logic from one Virtual Being, Emotions from certain virtual person and Creativity from some other virtual being and creating an essentially new being.

This would open a new domain of engineering and development where everyone would essentially continue to exist long after their biological limits.

We aren’t then ever going to die, just live longer in a different way and a different format of existence but the questions will remain is any of it ethical ?

The above is a slice of internal chatter and trains of thought in Shreshth Arora’s Mind. If you liked and wanted to talk further about contact at twitter.com/AroraShreshth or mailto : hey@shreshtharora.com 👨🏻‍💻