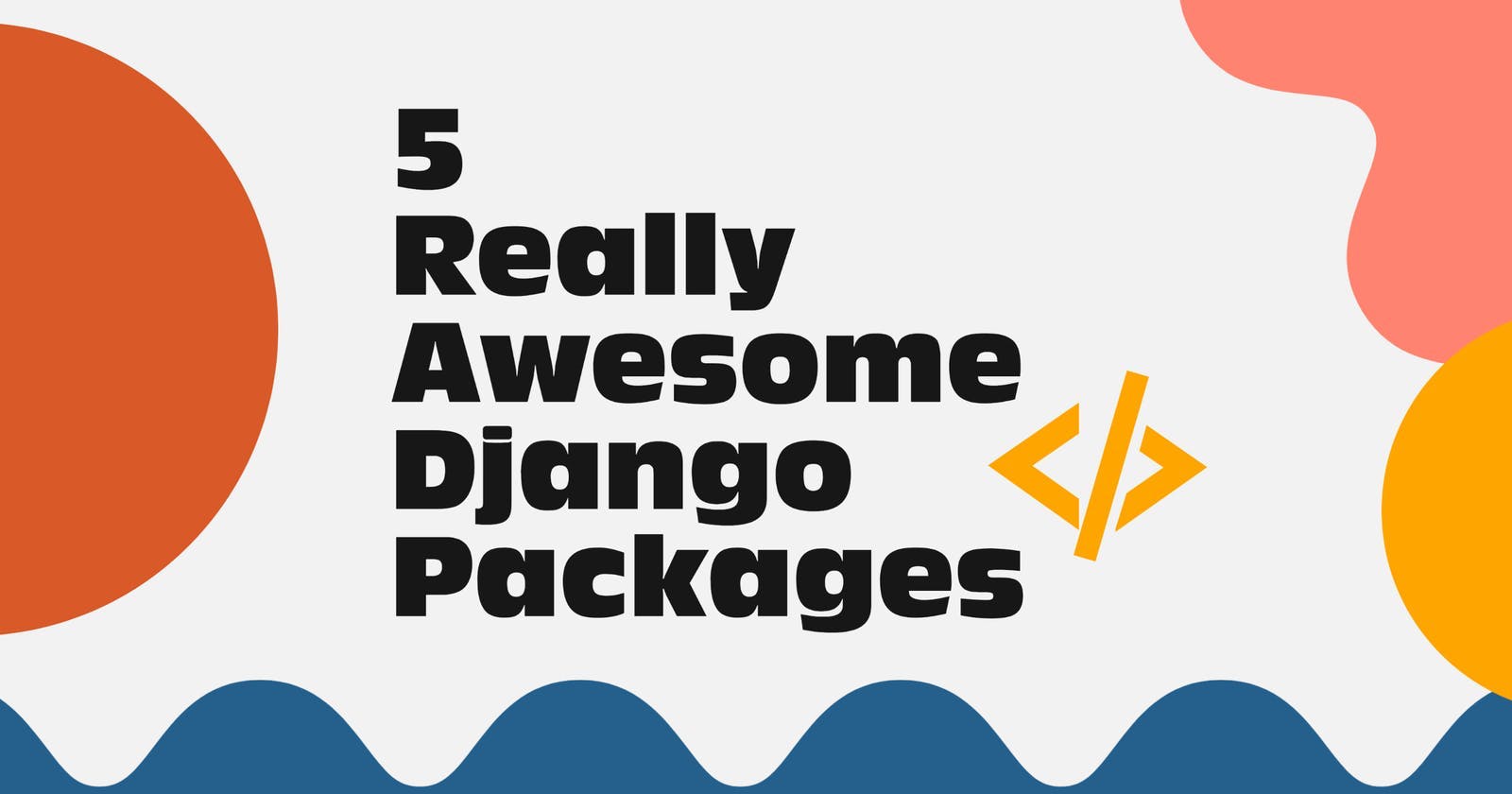 This was initially written as a reminder list of packages for myself and not intended as a blog but got later converted into one because why not.

It is not uncommon while designing codebase for your Django Application you run into a problem about solving trivial problems like debugging, protecting unauthenticated routes from script attacks, creating model diagrams , adding PWA to your website, Processing Images on the fly or adding a REST API into your project.

If you are familiar with Django’s Philosophy of Loose Coupling and Tight Cohesion inside MVT and extensibility using packages it is no doubt it is one of the top choices while designing a web application in python.

This motive of this guide is to provide you some packages that I found pretty useful for my regular projects and workhorse helpers in my most used Django Codebase. Some of them are just plug and play while some other require extra attention while installing

As the name itself suggests it is debug toolbar, but the great thing about this is how it sits tightly in the corner as helper and springs up when required.

The way to integrate it in your codebase is also very easy.

Also in your settings.py add after INSTALLED_APPS, INTERNAL_IPSgenerally are for the system ip if you aren’t using it on localhost then change the INTERNAL_IPS to your required one.

In your root urls.py don’t forget to add the following lines too. it is good practice to have debug toolbar only while debugging is true and not while in production.

Once done you would get the Debug Toolbar like this hovering over internal ips on right side.

Though there can be a whole blog about djdt but i leave it upon reader to checkout it’s other cool features.

It is not uncommon for developers to worry about unauthenticated forms to be penalised by script attacks and devising your own method for stopping such thing is itself a heavy task, Django Recaptcha really soves this quickly integrating with forms you need protection at.

In your settings.py add these few lines and for getting the keys visit Recaptcha Admin Console Panel , while generating keys choose a V3 Project it removes the checkbox in the form and doesn’t come in way of valid users.

In your forms.py Imports following

In forms.py add this to your necessary form object and mention captcha fields meta of the Form Object.

Now you have necessary protection on your django forms and one less problem to worry about. Below is how it will be viewable once your form is rendered on screen.

Django Extensions is itself a pretty a big collection of really nice packages and has many tools that speed up your development process. Django Extension Documentation

in your settings.py add it this way.

The following are the tools added to manage.py once it successfully installed

My Favorite among them is django model graph generator for that

the result was neat model graph automatically generated from django models of a recent project of mine. 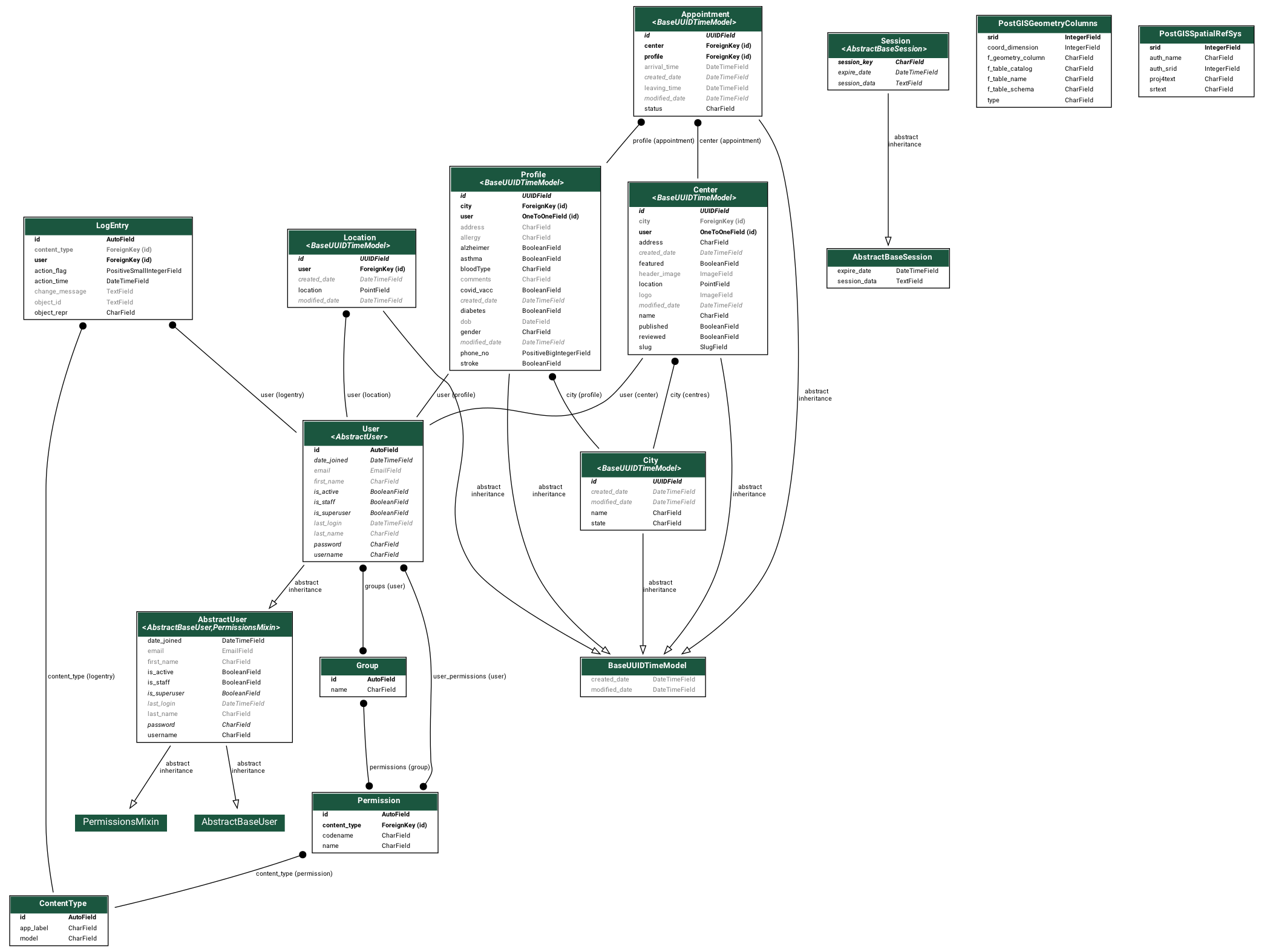 Normally you expect this to be a feature not of Server Side Application but at the end of day whichever framework generates the files necessary for PWA creation it really doesn’t matter what created those files a server-side module or frontend framework like React.

The upsides , your application is downloadable as an application on mobile and you get real estate on menu of user’s mobile screen but downside of implementation is not really much you can do if the users offline except showing a standard html page whcih informs about this or you can even host your mini js for users to fiddle with while they are offline and on your application.

I have implemented it in my personal website shreshtharora.com you can visit it for yourself and it works like butter.

Let’s get started with process

Add pwa to INSTALLED_APPS in settings.py

Configure the below Variables in settings.py only

Also don’t forget to add urls of the package to the root urls.py

How many times we find ourselves with Images not being necessary sizes and need to resize them on fly or sometimes the users uploads a huge image file which would reduce load times of webpage. This is a pretty common problem and django-imagekit is to the rescue

Install it in your pip

Add it to your installed Applications

Now there avatar_thumbnail is generated and stored in CACHE folder of media directory and auto handles the generation of the image as it is connected to avatar field.

Also ImageSpecField is just one of the many processors that come in box with Image Kit and custom image processors can be written using Pillow Library and can be directly called.

Use Profile.avatar_thumbail in template as you would any imageField object in Django

This method is more on the fly mechanism of converting images to necessary size requirements , it doesn’t generate the image until the view is called but model method creates it as soon as the object ImageField is changed or added.

You can look up finer details in the official Documentation of django-imagekit for finer control over this.

(Brownie for reaching till here) 😄⌗

Sentry is an awesome service which my team at engineering logbook uses regularly for checking up where we effed up in production . 😅 Not the wisest choices. But Sentry is our sword to kill those bugs that haunt us.

Below Code goes in settings.py get dsn link from sentry.io

I was hoping to go on adding details about Django REST API and Django GraphQL but they are enter series of blog posts about how to create, maintain and test them. so hopefully these packages will get their own entire blog posts that they deserve.

If you have any suggestions recommendations or ideas feel free to email on hey@shreshtharora.com or Contact me on twitter @AroraShreshth

Read other posts
← If You Are Reading This Probably You Aren't Ever Going to Die ... Humans of TIET Post →